Univ 2014: Cosmos The Ecology of the Person and his environment


With the passage of time, our ecological sensibilities have grown. We have theoretically stated what used to be simple intuitions about the respect due to the created universe. This development has global significance. To be sure, some movements have taken respect for nature to an extreme. Nevertheless, contemporary thought has developed rich and deep interdisciplinary and noteworthy arguments about: the relationship between man and nature, the use of technology, the distribution of natural resources, and, above all, the need to change styles of life that harm both man and the environment. And so, it would be erroneous to limit our discussions of ecology to that of the physical environment alone.
Benedict XVI, in his celebrated speech before the German parliament, recalled a point that the ecological movement sometimes seems to forget: respect for nature begins with respect for human beings. Humans, too, have a nature that should be respected and should not be manipulated for any reason: “Man does not create himself.” In this phrase, he summarized an idea that he had expressed years earlier, “certainly tropical forests deserve our protection, but man as a creature also merits our protection, man in whose nature is also written a message that in no way contradicts our freedom, but, instead, is a condition of it.”

This is a key point for any future ecology. Our desires to possess more and for complete emancipation from limitation bring about not only significant environmental imbalances, but also a conception of man that is self-contradictory. As John Paul II stated over twenty years ago, “At the heart of senseless destruction of the natural environment lies an anthropological error, unfortunately spread too often in our own times.” And so, a true ecology is, above all, a human ecology. An ecology of the person will not simply limit itself to an examination of the relationship between man and the natural environment, it will also analyze the relationships between men. Only if his relationships with other men are human, virtuous, and personal, will his relation with the natural environment also be true. New life-styles, attempts to save energy, sober consumption, and efforts to establish a clean environment are inseparable from a healthy communion between persons and being open to God. Put another way, ecologically healthy life-styles will give birth to the virtues, and especially, to a healthy love between persons, to fellow citizens of one´s nation, to the citizens of other nations in the world, and to future generations. The generational contract not only entails handing on to future generations a clean and beautiful world, but also a moral tone in which the dignity of the human person is given a primary place.
Univ Forum 2014 hopes to offer deep and interdisciplinary reflection on all aspects of ecology, avoiding reductive visions of the problem. As Pope Francis has reminded us, our vocation to be care-givers of creation is a great one: it is to care for all of creation, its beauty; it is to respect all creatures of God and the environment in which they live. It is to care for people, to truly be concerned for others, and for each one. It is especially to be concerned for others in our family. It is to live sincere friendships, in which we build up mutual trust, respect, and pursuit of the good. This is our goal, to widen the scope of our ecological thinking. 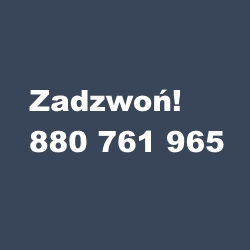